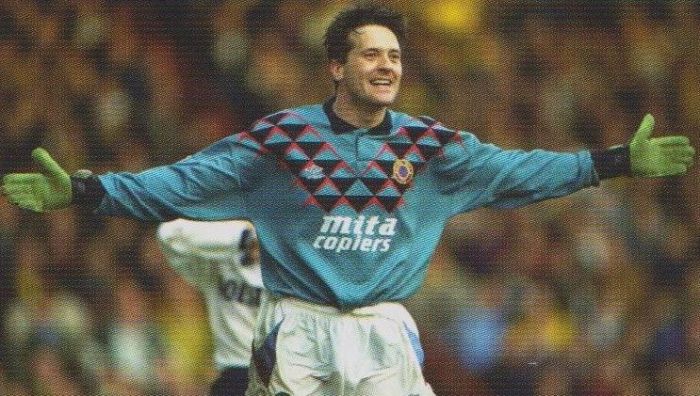 If my dad dreamed of having a little boy who shared his passion for football, I made him sweat a little bit before it came true.

My first ever Villa match was a 3-0 win against Sunderland in the 1990/91 season. One of our most notorious family anecdotes relates to the fact that I showed very little interest in the match itself, preferring to occupy myself with the Sooty and Sweep puppets I’d snuck into Villa Park.

Given that I was showing no signs whatsoever of developing any love of the game, it’s all the more remarkable that my dad wasn’t deterred from buying me a season ticket a few months later. Luckily for him, it would be a campaign that captured my imagination – and it was largely down to one man.

Les Sealey’s time in the Villa team was brief and, for many supporters, unremarkable. But to me, that season, he was the biggest superstar in world football.

For a young boy who had no understanding or appreciation for the finer points of the game, my love of Big Les wasn’t based so much on his performances, but on his character. Nicknamed ‘Mr. Angry’, he played the role of pantomime villain with aplomb, capturing the attention of seven-year-old me.

Barely a game would go by without Sealey berating his defenders or snarling at officials. It was in one game against Sheffield Wednesday that he truly lived up to his monicker. Following a controversial goal, an incensed Sealey, adamant that the ball had not fully crossed the line, practically had to be carried from the field such was his fury towards the referee. It was pure theatre, and I lapped it up.

As an aside, he wasn’t the only one who let frustration get the better of him that day. Later on, perhaps under the influence of a couple of ales, my dad called the BRMB football phone-in to forcefully share his view that the goal shouldn’t have stood.

Sealey’s run in the team began in October 1991. By February the following year, he’d earned a big enough place in my heart that all I wanted for my birthday was a Villa goalkeeper kit. My dad, smug in the knowledge that his brainwashing was going well, was only too happy to oblige. This photo, featuring awful early 90s wallpaper and my best ‘Mr. Angry’ impression, was duly taken:

Heartbreak was just around the corner, though. Just two weeks after my Sealey-themed birthday bash, he lost his place in the team and never played for Villa again.

The following season saw Sealey shipped out on loan to Coventry and then Blues, before returning to his former club, Manchester United, to deputise for Peter Schmeichel in 1993.

The last time I ever saw him play was in Villa’s tremendous 1994 League Cup final triumph over United at Wembley – and while I was caught up amid the euphoria of our shock victory, I couldn’t help but feel some sympathy for my former hero as he sat dejected upon the hallowed turf after the final whistle.

Tragically and cruelly, Les Sealey passed away in 2001, aged just 43.

In total, he played only 18 games for Aston Villa and I honestly can’t tell you whether he was actually any good. Frankly, it doesn’t matter to me if he wasn’t.

I will remember him simply as the man who drove my love of football. I’m forever grateful to him for that.