There are some feats of cinema so incredible that you feel compelled to produce a review almost immediately after leaving the multiplex.

That’s certainly the case with ‘Big Game’, starring Samuel L. Jackson as a US President fighting for survival after Air Force One is shot from the sky.

Unfortunately, though, this is a film that’s got me fired up for all the wrong reasons.

That the hideous miscasting of cuddly old Jim Broadbent as a hard-nosed Pentagon-based American defence expert ISN’T the most mind-boggling thing about this film says everything you need to know about its quality. 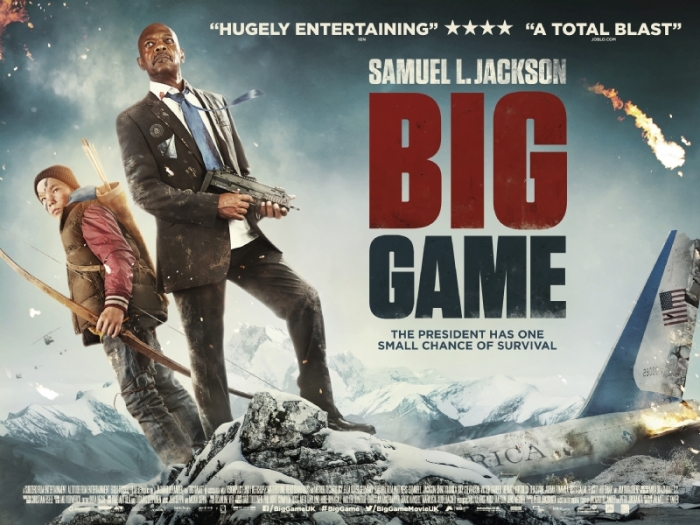 Big Game is, essentially, an 80-minute throwback to the big action movies of the 80s and 90s, albeit lacking any merit whatsoever. The dialogue is hackneyed and stilted, often with long, nonsensical scenes crowbarred in simply to set-up a cringe-inducing one-liner.

And yes, Samuel L. Jackson does call somebody a ‘muthafucka’ before shooting them. Obviously.

The use of these cliched phrases, together with an overly-dramatic music score and the liberal use of super slo-mo led me to question on more than one occasion if this was a parody that I’d been taken in by. But I honestly don’t think it was.

The most impressive thing about this film was that despite its ludicrous premise, which required too big a suspension of disbelief even judging by Hollywood standards to be in anyway plausible, was that it still, somehow, remained utterly predictable at every turn. Quite a feat, in my opinion.

And yet, I am writing this review without referring too heavily to the plot, or giving away any spoilers, because as much as I feel that NOBODY should watch this film, at the same time I’m thinking EVERYONE should, simply because I don’t feel these mere words are doing justice to quite how bizarre it truly is.

You know it is. It really is.